After discovering an archive detailing the horrifying journey of his grandfather as an American POW during World War II, a young man from Wyoming sets out 75 years later to retrace his footsteps across Germany.

Filmmaker Mark Pedri had never heard his grandfather Silvio’s story despite spending nearly every day together for 10 years. It wasn’t until after Silvio’s death that Mark found an archive of old photos, letters, and documents detailing Silvio’s journey as a Prisoner of War (POW) in World War II. The discovery inspired Mark to bike over 500 miles across Europe, following the original Prisoner of War transportation routes, in an effort to tell his grandfather’s story and better understand the man who helped raise him.

The Norman A. Geske Cinema Showcase presents director Mark Pedri and producer Carrie McCarthy, who will join the audience for a Q&A following the 7:30 p.m. screening of DEAR SIRS on Friday, March 4. 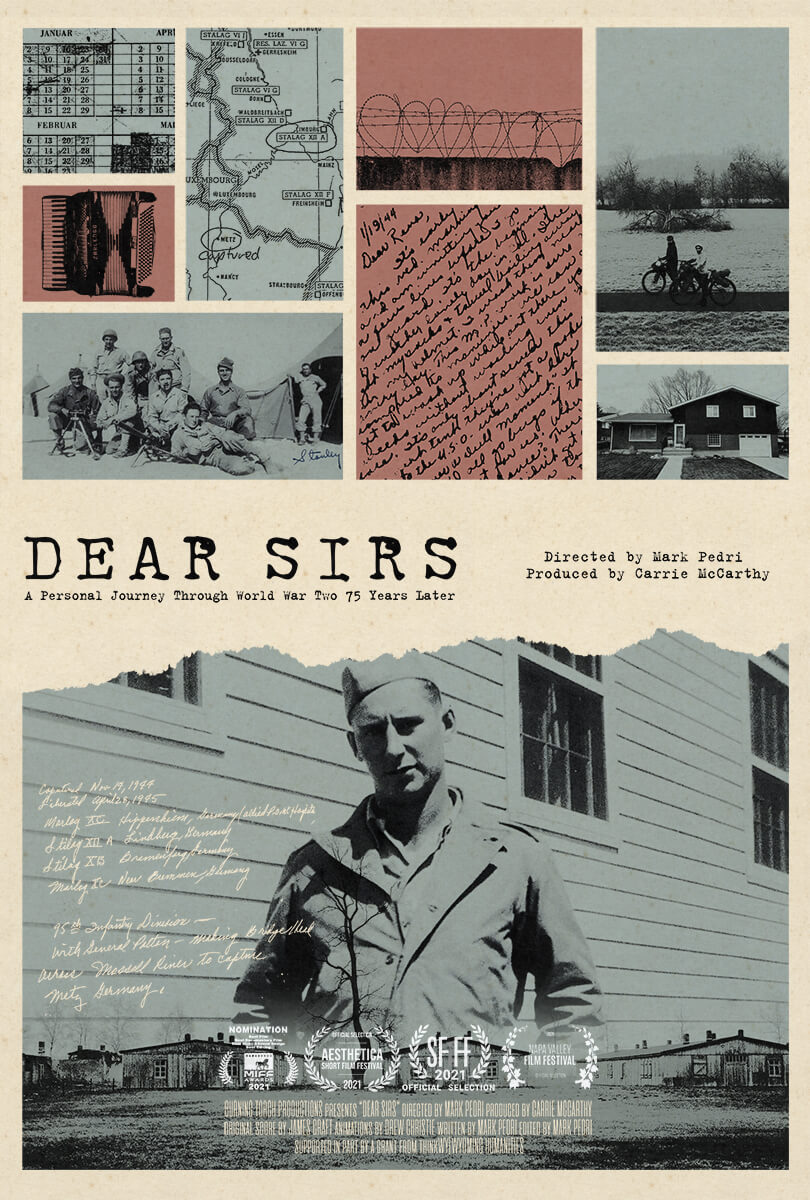