A 1970s-era Watergate conspiracy thriller/dark comedy about a woman in the Nixon White House who tries to leak the 18 1/2-minute tape to a reporter.

It’s January, 1974. The Watergate scandal is at a boiling point. Connie, a low level government stenographer, obtains a tape of Richard Nixon listening to, and then erasing, the infamous 18 1/2 minute gap that would eventually force him to resign the Presidency.

Connie takes the ferry to an isolated Chesapeake Bay town to leak the tape to a reporter, but a broken reel-to-reel player leads the two on a hunt to find a new machine so they can listen to the evidence. Along the way they encounter a Bossa Nova loving couple, a group of conspiracy-obsessed hippies, and nefarious forces working to stop them at every turn.

for some strong violence, language, and suggestive material 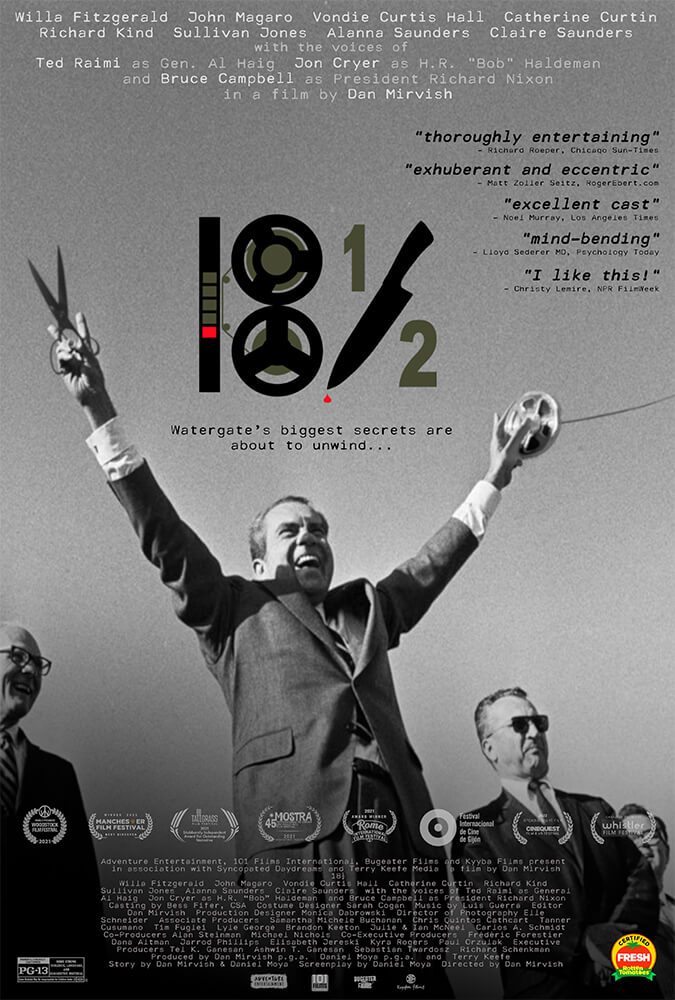 “18½ is a unique version of a political thriller, exploring characters through zany moments of comedy and tense moments of paranoia.”
Amanda Mazzillo

“Yes, another Watergate movie, but this one’s fun and totally fictional.”
Richard Roeper

“This feature is [Dan Mirvish’s] best-directed work and also his most Altman-like.”
Matt Zoller Seitz