The Friends of The Ross and the Norman A. Geske Cinema Showcase present producer and UNL alumni TORY LENOSKY, who will join the audience for a Q&A following the 7:30 p.m. screening of RESURRECTION on Friday, September 2.

Margaret’s (Rebecca Hall) life is in order. She is capable, disciplined, and successful. Soon, her teenage daughter, who Margaret raised by herself, will be going off to a fine university, just as Margaret had intended. Everything is under control. That is, until David (Tim Roth) returns, carrying with him the horrors of Margaret’s past.

Tickets for the screening are at Regular Ross Prices

RESURRECTION will be showing at The Ross September 2-15. CLICK HERE for more information. 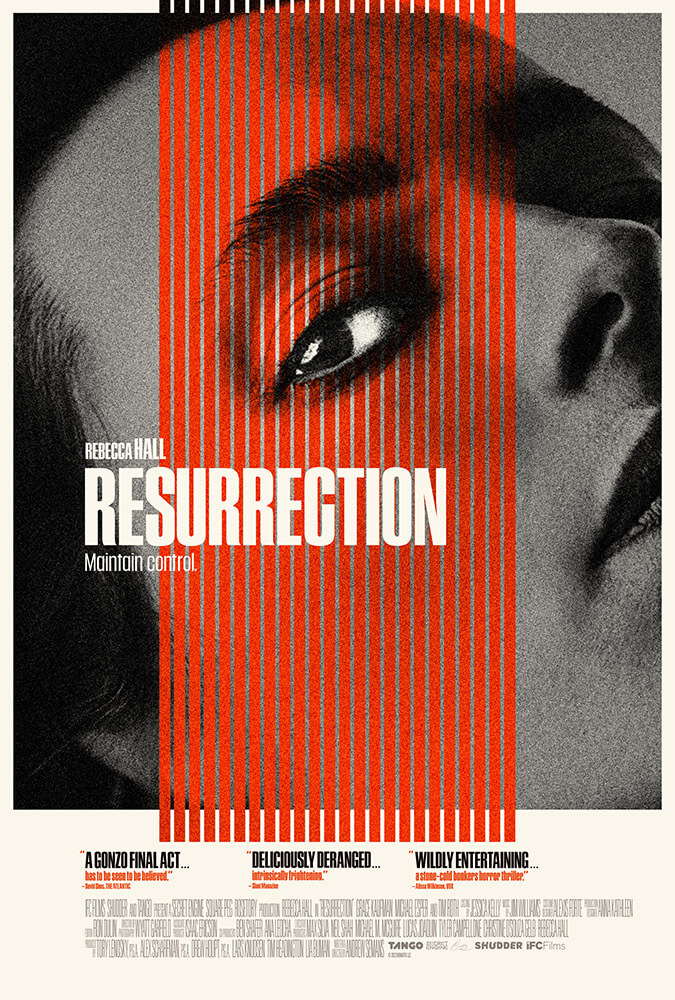